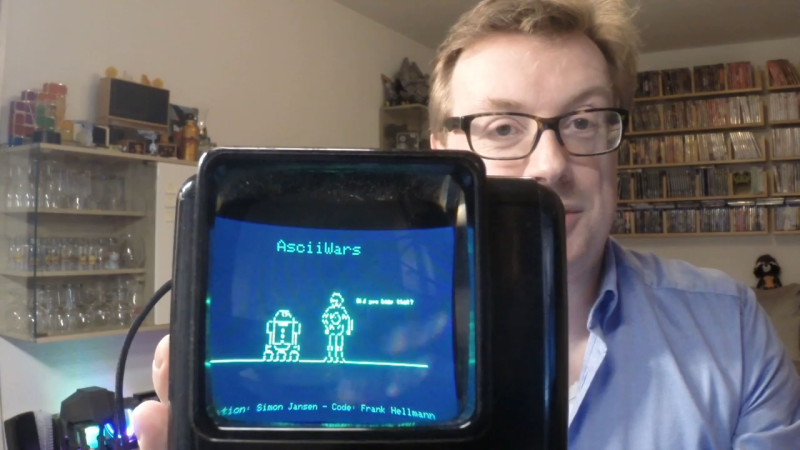 Everyone by now has probably seen the original — and best; fight us — installment of the Star Wars franchise, and likely the ASCII-art animation version of it that improves …read more END_OF_DOCUMENT_TOKEN_TO_BE_REPLACED

Photographic slides were popular in the middle part of the 20th century, but are long forgotten now. If you’ve found a handful in a dusty attic, you might consider sending them away to be digitized professionally, or using a flatbed scanner at home. [Bryan Howard] found himself with over 200,000 …read more

END_OF_DOCUMENT_TOKEN_TO_BE_REPLACED

[cunningfellow] has been putting LEDs in everything lately. That’s understandable. Most recently, he used them to drastically upgrade his father’s super-cool mid-century slide viewer.

The slide viewer used to use a flashlight bulb, but it didn’t light evenly at all. Not only that, it produced a dim, orange-ish light. [cunningfellow] happened to have an old Nokia N93 lying around and decided to cannibalize that strange, beautiful, swiveling flip phone for its backlight circuitry. Unfortunately, the 4 LEDs aren’t going to run on a pair of C cells like the flashlight bulb did. [cunningfellow] needed some kind of boost converter.

END_OF_DOCUMENT_TOKEN_TO_BE_REPLACED

Sometimes when browsing the websites of our global hackspace community you notice a project that’s attractive not necessarily because of what it does or its technology but because of its presentation. So it is with the subject of this article, [Kris] needed a house temperature monitor and found a 1960s slide viewer made an excellent choice for its housing.

The monitor itself is a fairly straightforward Arduino build using a couple of DS18B20 1-wire temperature sensors and a real-time-clock module and displaying their readings on a small OLED screen. Its code can be found on this mailing list thread if you are …read more